INCLUSIVE ARTS AND CULTURAL PROGRAMS AT CORE OF ALL KIDS INCLUDED 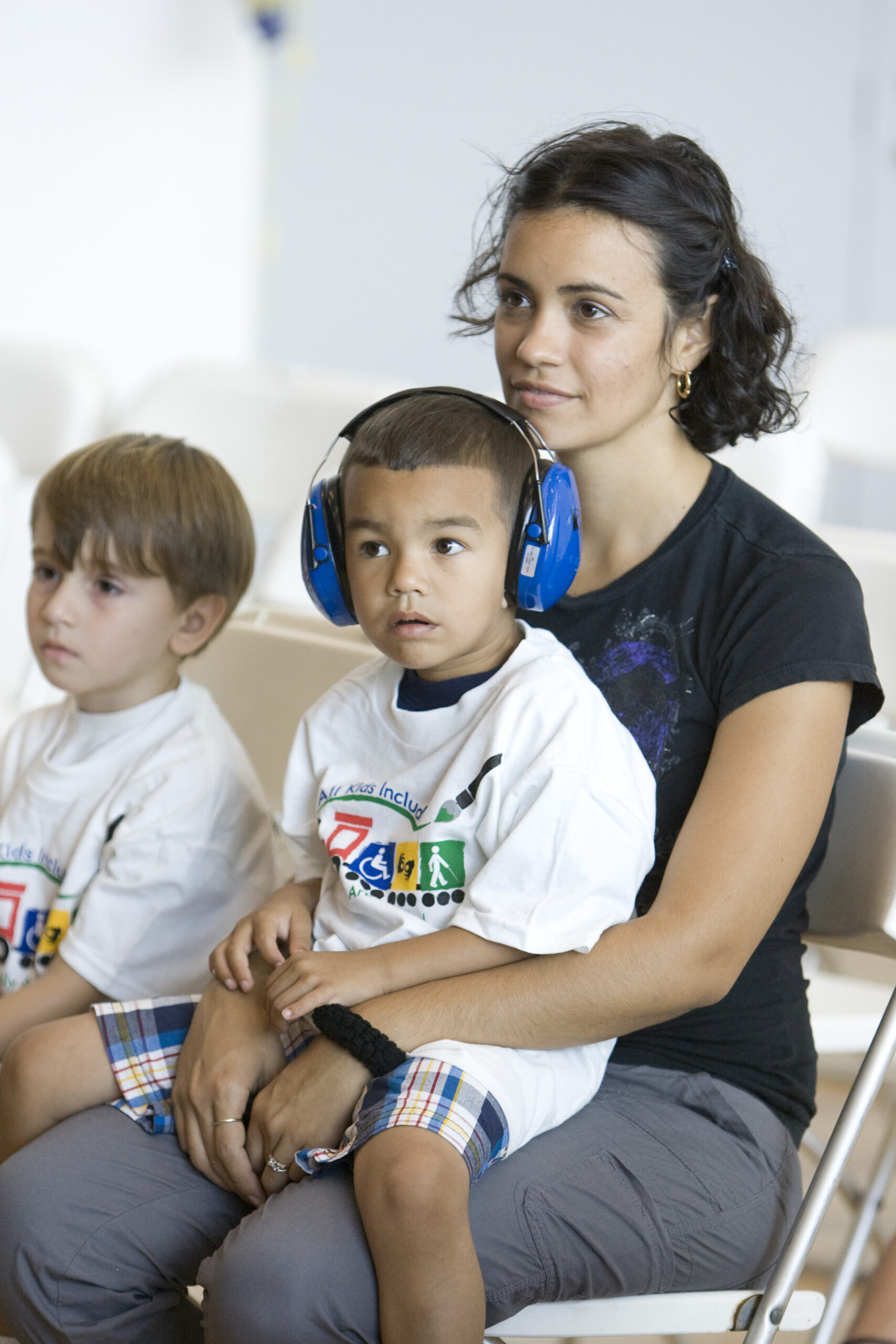 Providing accessible arts experiences for kids of all abilities is at the core mission of All Kids Included, an initiative of the Miami-Dade County Department of Cultural Affairs led by Francine Andersen, chief of Education, Outreach and Access.

Aside from being responsible for the AKI initiative, Andersen, in her role as ADA/Access Coordinator, creates and is administrator of the Audience Access Grants Program.

Her work in the inclusion arena comes from a personal place for her as a Mom with a child on the spectrum because she says, “I still remember feeling not welcomed and it doesn’t have to be like that. We’ve certainly come a long, long way but still oftentimes in theater and formal settings, there’s a certain expectation on how you’re supposed to behave. But this provides an opportunity to remove barriers of all judgements.”

In her role with Cultural Affairs, Andersen put on AKI’s Family Arts Festival for four years, produced several other groundbreaking all-inclusive programs and, after presenting the Open Access Theater Series in 2011 at the South Miami-Dade Cultural Arts Center, launched a full-on Sensory-Friendly cultural programs initiative in 2012.

One of the earliest supporters of the sensory-friendly programming was Judy Litt, who joined AKI in 2009 when she was Director of Education and Community Engagement for Playground Theater in Miami Shores. Litt is now Events Manager for the Florida International University Theatre and also assists in creating new theatre initiatives and cultivating community outreach and engagement. She continues to be on the AKI Steering Committee.

“While I was at Playground Theater (now the Miami Theater Center,) I was very interested in their mission of making arts accessible for all children. We actually did our first sensory friendly performance in 2008 with University of Miami’s CARD (Center for Autism and Related Disabilities.) We all worked together, it was one common goal,” said Litt.

“This was for everybody – not only the deaf or hard of hearing, it was an added enhancement,” said Litt. “We also audio described performances for those students that were blind or had low vision and even had a study guide done in large print and in Braille transcription for those shows.” Litt added that The Miami Lighthouse for the Blind was instrumental in helping them create the Braille program.

In addition to Playground Theatre, “Fantasy Theatre Factory, as a result of All Kids Included, began presenting sensory programs. We started working on this a decade ago, creating the Sensory Friendly Access Symbol,” said Andersen. “We also created a framework and best practices for cultural organizations to present these sensory programs. We provided training to arts organizations on presenting these programs and trained the public about these shows as well.” 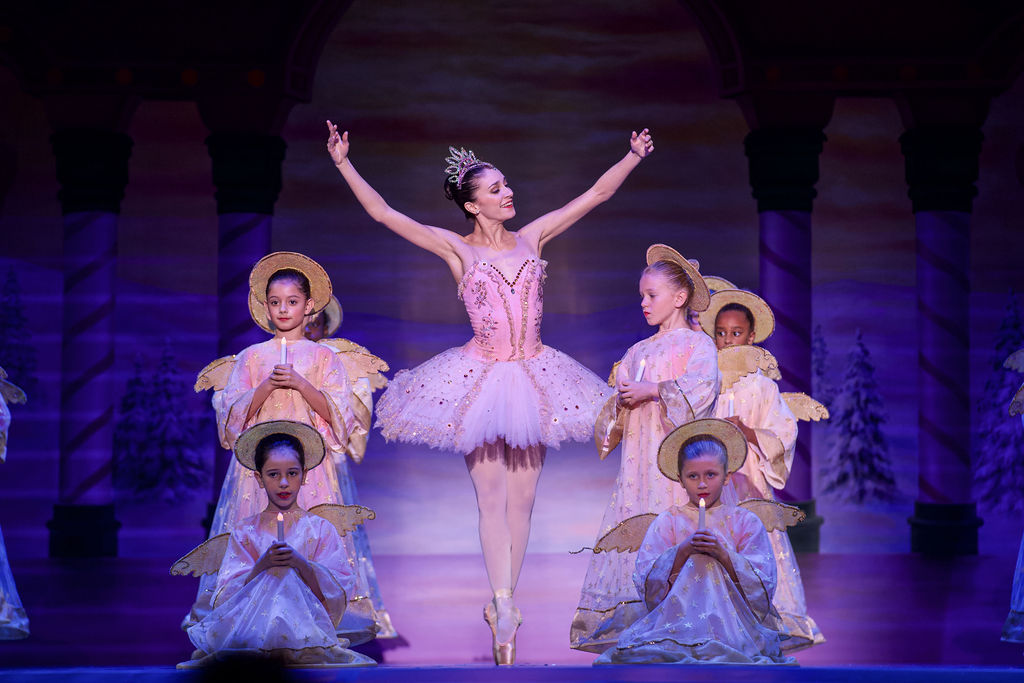 With the Sensory Friendly Access Symbol, they aimed to inform audiences that there was a level of expectation and that they had put things in place to make these performances for the sensory audience. As such, the symbol indicates that all children are welcomed to the performance; it is open to anyone who may benefit from these types of programs.

“This was the founding premise. We developed the symbol and have slowly been trying to roll this out across the region in an effort of getting the symbol accepted. It’s been successful and working as it had been intended,” said Andersen.

Recently they were approached by Kevin Spencer, a performance artist who is founder of the Sensory Inclusive Network who has worked with Francine and her team over the years of the Family Festival. It turns out Spencer was creating similar inclusive programming through his shows.

“He was creating a unified message and so in talking with him and what they’re doing, we wanted to evolve and be broader in our public offerings. So we changed from “sensory friendly” to “sensory inclusive,” said Francine. “And again, this is for more than just people with autism or sensory integration challenges, it benefits a much broader audience.”

Spencer is a magician and illusionist who also has a Bachelor’s degree in Psychology, a Masters Degree in Art and Interdisciplinary Education and a PhD in Special Education.

He came to form Sensory Inclusive Network after being in a serious car accident in his 20s and while in rehabilitative therapy, “I realized that therapy is very boring so afterwards I started taking the magic tricks I’d learned when I was a kid and showed them to my therapists,” Spencer explained.

Since forming the Network, Spencer has worked with therapists at hospitals and therapy groups all over the world.

Spencer feels that the pandemic has opened up society’s eyes to the isolation people with disabilities feel. “It would be completely irresponsible for us to return to what we once did and exclude these valuable members of society,” he said.

That is also the connection he feels towards Francine, who he says “grabs something she’s passionate about and goes with it. We drag each other by the hand and it’s a really great collaboration with her. I have immense respect for her, her work, and what she believes.”

Spencer and Andersen have now also joined forces to create a universal design for their Sensory Inclusive symbol.

“We’re in the process of refreshing our icon/symbol and joining forces with Kevin and the Sensory Inclusive Network to develop a nationally recognized symbol, like the wheelchair one for example,” she said.

Universal design means and says you are designating from the beginning so that anyone can feel welcomed and accommodated. One very recognizable example of universal design includes automatic doors that help anyone whether that is someone in a wheelchair, with a baby carriage, even someone with their hands full leaving the grocery store.

“These symbols show that we’re removing barriers and judgment for anyone, including people with Alzheimer’s, Post Traumatic Stress Disorder, etc… This has been a real hallmark for AKI,” said Andersen. “Additionally, in the early days of our family festival we heard from families letting us know that was the first time their entire family could enjoy something together.”

When Covid hit and performances shut down, naturally their programs halted as well but now with shows coming back, they are reviving, refreshing and re-rolling out their concept to ramp things up again. They also want to continue expanding and helping other cultural organizations present their programs.

“Thankfully we are starting to see sensory friendly programs come back, for example at Fantasy Theater Factory and Broward Center for the Performing Arts. We also recently created a video of the sensory inclusive Nutcracker performances with Armour Youth Ballet and the video explains the concept behind all of this,” she said.

Spencer and Litt’s work with Francine and AKI will continue as long as there’s work to be done.

“If you’re not motivated to engage with society, you’re not going to. I still recall when I was performing a magic show at a hospital and an autistic boy engaged with me,” said Spencer. “That was, and still is, a big part of my motivation in the work that I do.”

Litt said, “It’s the saddest thing when you think a kid is left behind because of their disability. I try to do the most I can for everybody, especially the kids of Dade County – which is why at the FIU Theatre we use an ASL interpreter and we’re just carrying on the tradition. We have to keep the momentum going.”

Learn more about All Kids Included and Sensory Inclusive Network by clicking on the links and visiting their websites.