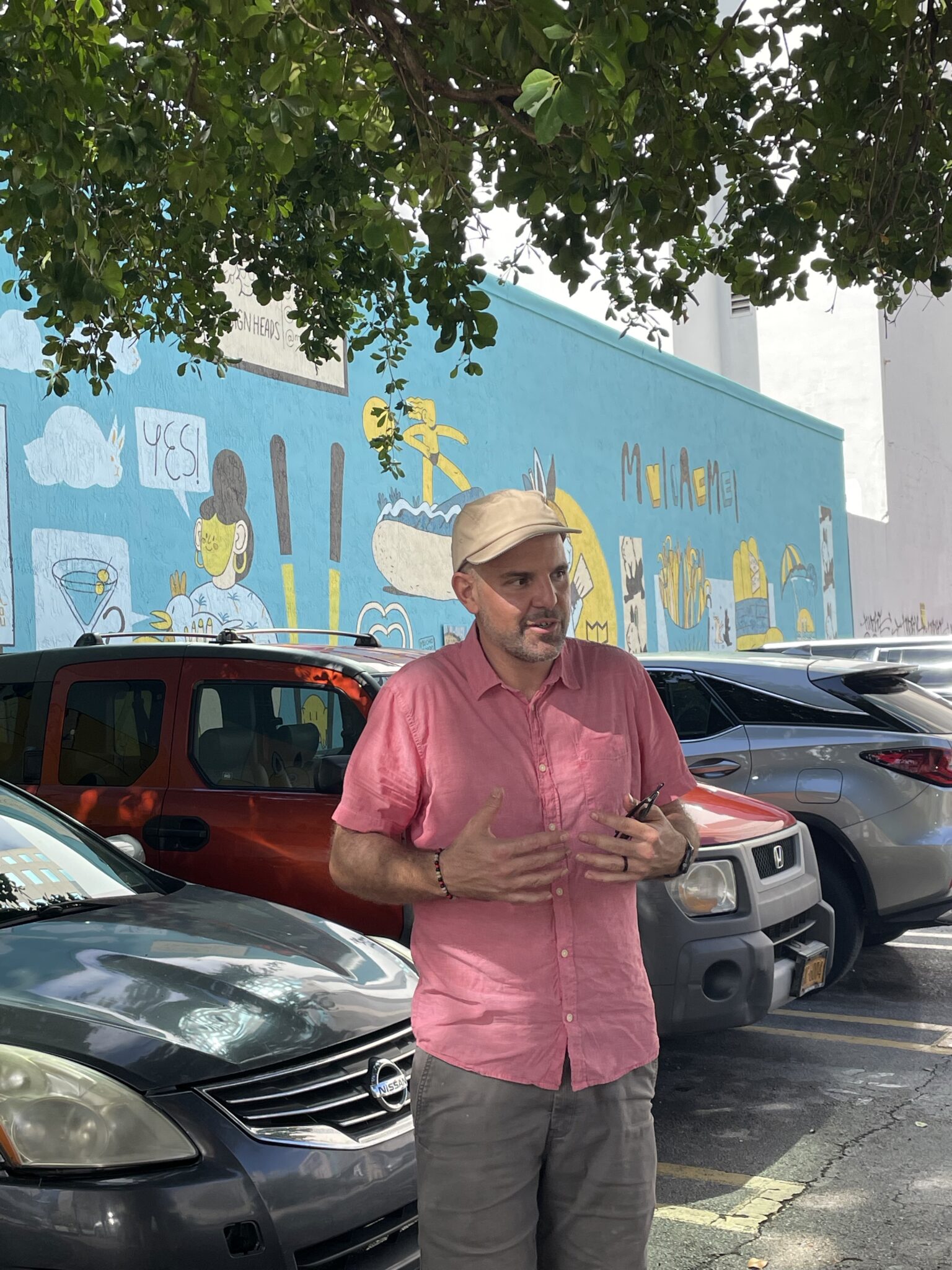 Fila was introduced to Mana prior to the 2020 Presidential Election when he was looking for walls to create political protest art. “I was going really hard to make my point and they supported me with that initiative, helping me find a place to do my work,” said Fila.

That led to Fila and the Mana Group working on the Jersey City Mural Festival in June 2021. It was a natural location, as the company is based out of Jersey City, where they were able to form an alliance with the local government. It was here that talks of a Miami Mural Festival began. 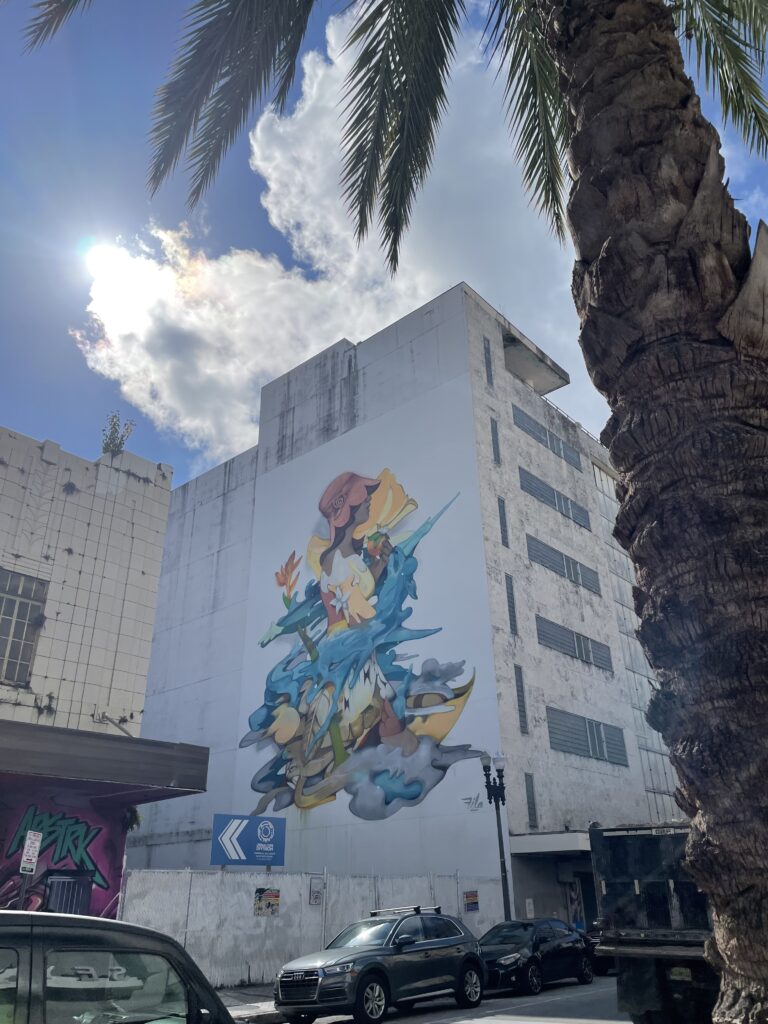 Inspiration for the Miami Mural Festival was fairly straightforward with Mana Public Arts Principal Moishe Mana believing, “that the first step in any successful creative ecosystem is the robust presence of art and culture,” explained Theodore Ward, chief operating officer and chief of staff for Mana Group Art. “Artists are natural catalysts for change in any community. We saw an amazing opportunity to jumpstart this, from a public art perspective, through Miami Art Week/Art Basel Miami Beach.

Fila wanted in on the ground floor. “I knew immediately that I wanted to be involved so that this could be done right, meaning hiring local artists, not just out of towners to create the murals,” Fila said. “In August I was contracted as a consultant for the Miami Mural Festival to be the local voice representing the artists.”

Ward sees Fila as much more than just a consultant, “I consider him a core member of the team and more importantly, a friend,” said Ward. He too recalls when he and Fila met in 2020 which was serendipitous, given Mana Group at the time was working on Project 270, a national Get Out the Vote Campaign.

“We were able to get Daniel a few walls for the murals and he was also able to produce a Florida poster for the projects,” said Ward. “It was after this project I reached out to Daniel to get his honest opinion on how he felt the Miami Mural Festival would be received.”

Ward was impressed with Fila’s enthusiasm, particularly for expanding the mural footprint beyond Wynwood, which was helpful to Ward. Fila quickly took on the role of coordinating with artists, reaching out to institutions like HistoryMiami who sponsored the Festival and soliciting other sponsorships.

“Daniel produced his own mural for the festival of course and has continued to carry that torch and I am personally eternally grateful to him for that,” said Ward.

“We really wanted to align this with as many local institutions as possible and benefit the city as a whole,” said Fila. “The Miami Downtown Development Authority ended up being our title sponsor for the festival.” 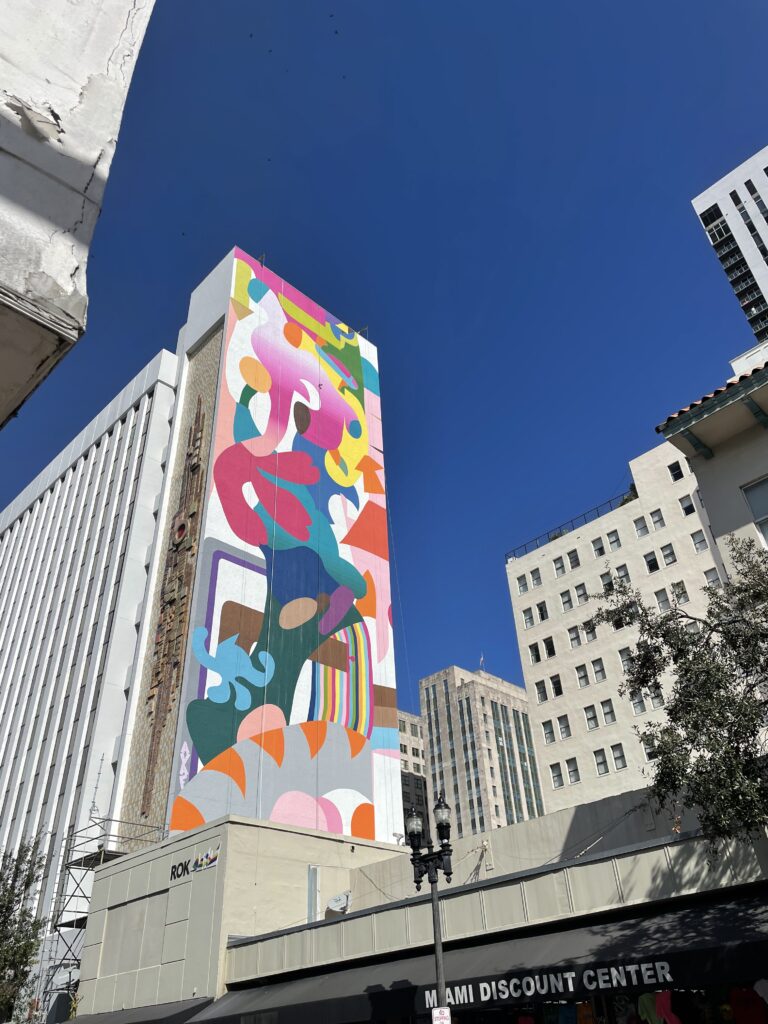 Taking place during Miami Art Week in December 2021, the festival spread across Wynwood and Downtown Miami with 60 artists participating.

Fila believes the goal to make MMF an annual event should be more than just Mana’s responsibility and adds, “I know that many contemporary mural artists want to do a mural in Downtown. We’ve painted most of Mana’s properties.”

Always wanting to do more for local artists, Fila has reached out to the Black Police Precinct who have offered some walls and has also spoken to WLRN whose hyper local programming is creating opportunities to create meaningful work that showcases Miami’s history.

“The artists want to do murals in places that are going to signify something about our history, so I’m trying to align with initiatives that have this vision,” Fila said. “Artists are willing to do this at cost, that’s for the city. There’s a lot of talent that loves Miami and wants to be part of Downtown. It’s the right opportunity for sponsors and patrons to get world-class street murals done. The artists are motivated.”

And again, Ward and Fila are in sync with their thought process with Ward and Mana hoping the murals bring new life to the downtown sector, similar to what happened in Wynwood. Ultimately drawing crowds to the area to look at art, then staying to eat and shop, would be a catalyst for the long awaited revival to Miami’s core.

The next target areas, the two agree, are Overtown, Little Havana, Coral Gables, Coconut Grove, Little Haiti and beyond.

Currently, Fila conducts tours of the many murals that grace Downtown Miami’s very visible walls. The murals are strategically placed in walls visible to both drivers on I-95 and the streets of Downtown as well as pedestrians in the area.

Learn more about the Miami Mural Festival at the website HERE. Connect with Danny Fila for a tour by visiting kraveart.com.