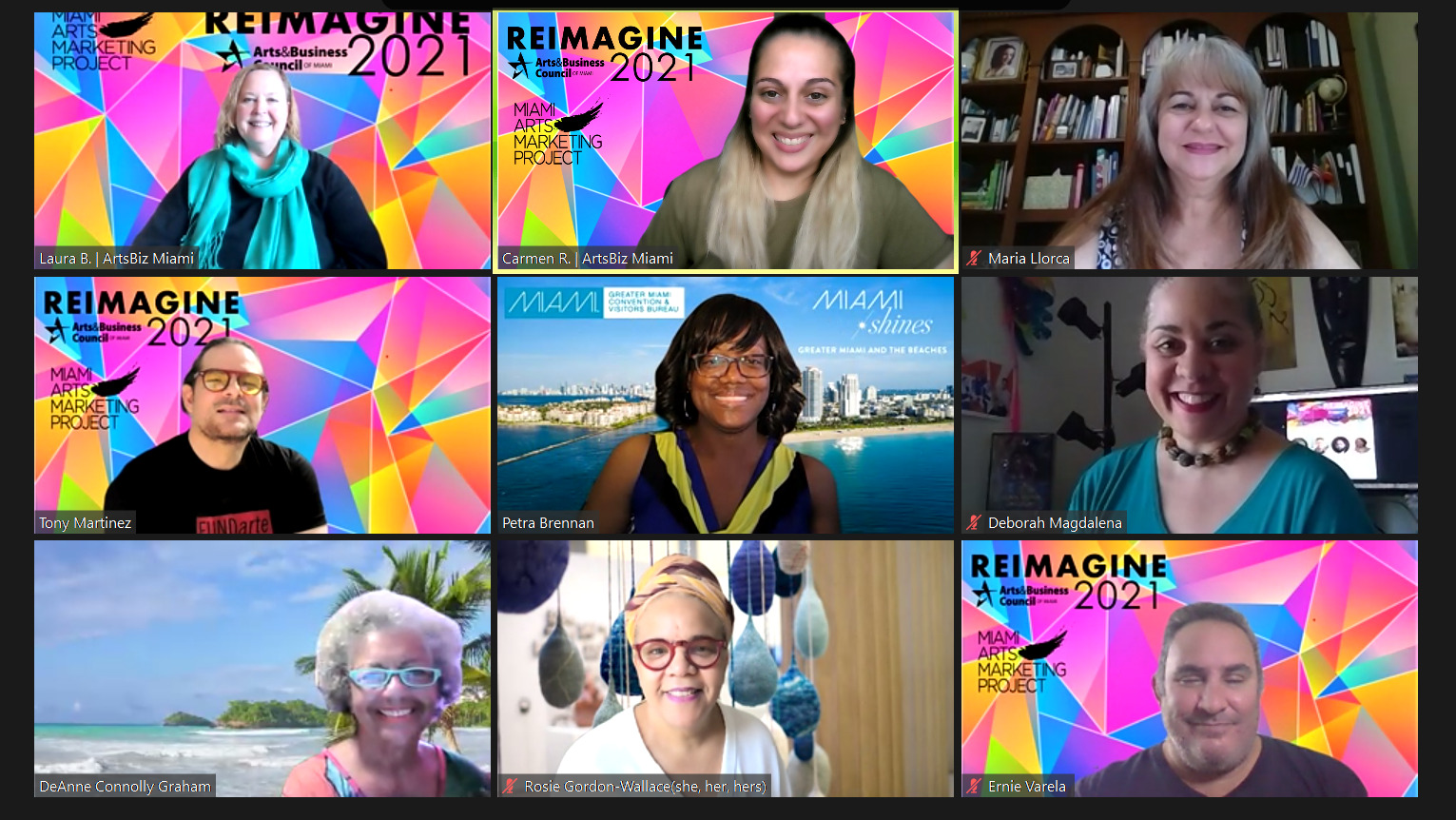 At the recent Miami Arts Marketing Project Lab 5, hosted by the Arts & Business Council of Miami, a stellar gathering of arts leaders spent the morning sharing expert tips with marketing professionals on how to attract diverse cultural audiences to their shows and events.

Moderated by Connolly Graham, the seven expert panelists fielded a variety of questions regarding the morning’s topic “Diversifying Your Audience.”

On the question of creating authentic engagement, the arts leaders shared their personal expertise on the subject.

According to Harris, “diversity shouldn’t be on your checklist,” she said. Rather, it should be something integrated into the culture of the company, including programming and marketing. The intention has to be obvious and changing diversity must be a concerted effort. “You must be intentional,” she said.

Gordon Wallace stressed the importance of cultural targeting and believes that people rally around the cultural flag and that work is marketed through the lens of culture. She also echoed that the marketing has to be intentional.

“To engage with someone, you have to cross-pollinate the community. The discipline, if marketed properly, will reach the community needed. Cultural targeting goes along all levels of race and gender,” she said.

She shared that they use language, music, food and radio to reach everyday, ordinary people to come and enjoy the art on the walls at DVCAI.

As part of the Greater Miami Convention & Visitors Bureau, Brennan and Rios both know that visitors are looking for a robust, rich and cultural experience when visiting Miami. For Brennan that comes through the Art of Black Month celebration which was launched seven years ago.

“Visitors want the rich, cultural experience around the black diaspora so when they visit our diverse neighborhoods, they are coming for the enriching arts experience,” Brennan said. “The arts have been a driving force in creating synergy and opening up some of the neighborhoods.”

Brennan tapped Gordon Wallace when planning the Art of Black programming. They scouted locations and decided on the Miami Dade College Koubek Center because “picking a particular venue elevates the authenticity of a program and bring experts to the table like Rosie, so we can expand our reach.”

Her counterpart at the GMCVB, Dan Rios has been instrumental in developing the plan to ensure meaningful and personalized engagement with the LGBTQ community. It includes a training session, which has to date been used by 1600 hospitality and tourism industry professionals.

“The trainings educate professionals on how to be part of the dialogue with the LGBTQ community. It’s our way of empowering the community,” he said. “For example, on a recent photo shoot we made sure age, gender and biodiversity were properly represented.”

On a mission to represent women, Deborah Magdalena’s Spoken Soul Festival, founded 13 years ago with six other women, was something they all sort of fell into voluntarily.

“We wanted to uplift the craft of spoken word and that’s our mission to this day. We are clear on what our programming is on a yearly basis,” she said. It is their intentional programming and interaction with organizations based on their yearly themes “that has allowed us to grow and diversify, particularly with other women’s groups.”

Tony Martinez from FUNDarte said the organization filmed a Call-to-Action video at the Little Haiti Cultural Center with Inez Barlatier, a Haitian American multidisciplinary artist. They also coordinated a workshop series with the Miami-Dade County Public Schools that was taught at elementary schools throughout the county.

“The Caribbean is a diverse area and in Miami we can be considered a great fruit salad. Ultimately, together we’re stronger,” said Martinez.

Gordon Wallace summed up the morning, encouraging all those watching and listening to remember that sometimes simple can be the best approach.

“Food and a cup of coffee always works and if you don’t have a relationship with someone, invite them to experience your programming. We are still siloed in our performances so perhaps a little more conversation and curiosity will help break those down,” she said.

She also encouraged everyone to own their culture and partner with the Greater Miami Convention & Visitors Bureau.

This workshop was the fifth in a series of six presented by the Arts & Business Council of Miami. The next and final MAMP Lab is set for June 29. Click here to register.